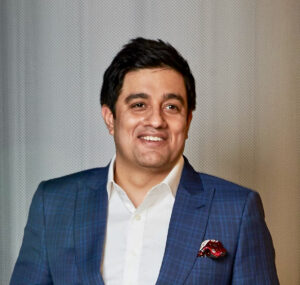 Ramit currently heads the Devialet partnership at Chalhoub Group. Devialet, a member of Comité Colbert, is a French acoustical engineering company operating at the intersection of luxury and cutting-edge technology. Ramit will oversee Devialet’s operations in Saudi Arabia, U.A.E. and Kuwait, including opening of monobrand stores, managing exclusive brand partnerships, and driving their regional GTM strategy.

Prior to Devialet, Ramit was running a retail as a service company from Silicon Valley expanding their footprint in the region as a JV with Chalhoub Group. At b8ta, they formed successful partnerships with brands like Dolby, Dyson, La French Tech, Business France and JETRO.

Previously, Ramit was the VP & Head of MEA at HTC and his legacy with the premium smartphone and VR headset maker spans over 11 years. During that time, he has worked closely with variousGovernment authorities and innovation partners—locally and internationally—to bring many technology firsts. Ramit has partnered with remarkable organizations, on world class Virtual Reality projects, like Burj Khalifa (Emaar), Dubai Future Foundation, Area 2071, Dubai Internet City, Dubai future Accelerators (Museum of the Future cohort), DTCM and McLaren racing.He also sits at the Board of Directors of TiE’s Dubai chapter and volunteers his time in mentoring innovative startups and drive initiatives that cultivate entrepreneurship in the region. Ramit loves to travel, and when he isn’t, he enjoys VR gaming, NFT trading, and socializing with like-minded people in the futuristic technology and retail space from around the world.