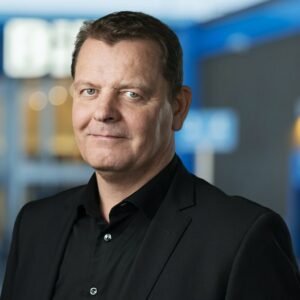 Mark H. Nielsen is Executive Vice President at Salling Group with the overall responsibility for the hypermarket format Bilka, as well as the toy format BR.

Mark has been a part of Salling Group since 1987, only interrupted by a year as Country Manager for JYSK in 2006. He has been store manager in different Bilka stores, and before joining the Executive Committee in 2013 as EVP for Bilka, he was both Marketing Director and Sales Director for several years. In January 2019, he was also given the responsibility for the toy format BR with 29 stores in Denmark.

Today, Bilka is not only Denmark’s only Hypermarket format with 19 hypermarkets, it is also a large omnichannel business with several online sales channels such as bilka.dk and Bilka ToGo. As EVP of Bilka and BR Mark is one of the Northern Countries top leaders within retail.