Romney Evans, the tech entrepreneur who co-founded True Fit, a leading apparel fit technology company, today is launching a new business, Shoptrue. The fashion marketplace offers 2,000 brands from value-priced garments to luxury labels, where users can purchase styles from any brand in a single place and with a highly personalized shopping experience. 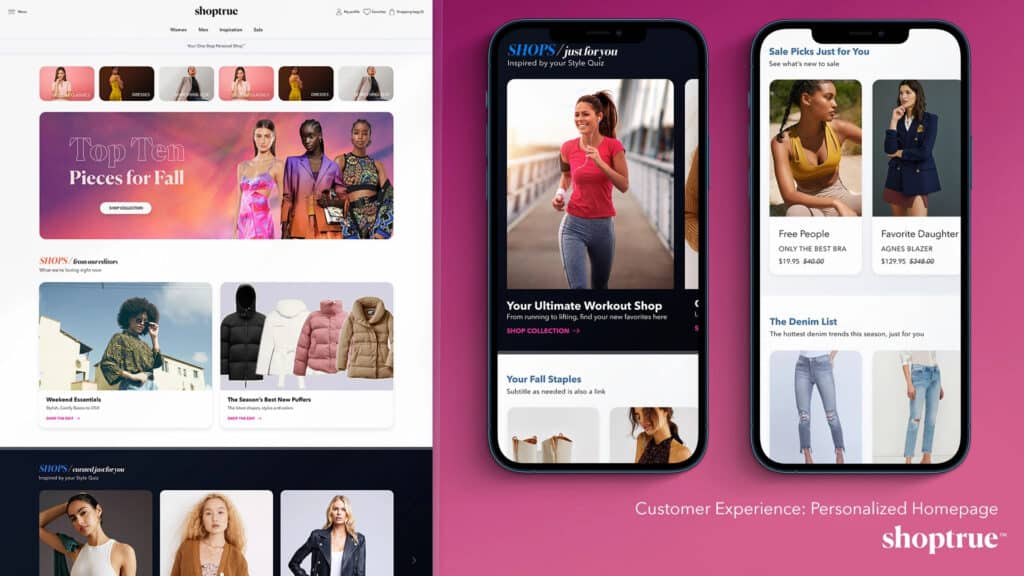 Shoptrue a year ago raised $6 million in a seed round from a group of venture capitalists. “We’ll raise an additional round in 2023,” Evans said. “This initial round was designed to help us get Shoptrue off the ground in our crawl, not run approach to launching this. We’re very much in the crawl stage right now.”

For Shoptrue, Evans envisioned a customer journey where AI-driven data helps match consumers to brands and styles they’ll find relevant. Fueled by a data-driven understanding of the relationship between shoppers and their personal style, the Shoptrue team said it’s developed capabilities that re-insert the user into the AI curation experience, as opposed to style recommendations that rely solely on a prescriptive algorithmic approach.

“We’ll have to convince users to come and try Shoptrue,” Evans told me. “Users and consumers have been conditioned to be a little bit skeptical of AI-driven recommendation systems. There’s been a little bit of a disconnect with the way AI has been marketing to consumers.

“Sometimes the power of AI gets a little over-hyped and it sets the expectations that the algorithms are going to know exactly what you’re going to love,” Evans said. “In fact there’s been a lot of backlash recently with users and Instagram, where the expectations of what the content of their feed is being given to them is different than what’s actually coming to them and they don’t have a lot of control in how to moderate that or steer that.”

Evans thinks he knows what consumers want in a shopping experience, and he may be right, but it’s hard to imagine value-minded consumers using the same marketplace as luxury shoppers, which is the case with Shoptrue.

“A big part of what we’re doing is we really want to put the consumer back in personalization and put the shopper in the driver’s seat,” Evans said. “We’re believers that AI should enhance every part of the shopping journey.

“You have this paradox of choice issue, where people can be overwhelmed by too many choices,” he added. “AI can do a really great job of helping direct you to more efficiently [discover] sets of items that you’re more likely to have success with.”

Evans believes users want to have control over deciding what they actually like. Agreed. “Those moments of discovering something you really love, only happens in the mind of the user. It’s not happening. The marketing and the execution is not in lock step,” Evans said.

“We have to acknowledge serendipity, and that it happens in the mind of the user,” Evans said. “We want to give the controls to the user to make it easier to find something that they love, and then give them tools where they can collect the inspiration they discover, save it to their own shops or collections that they create, name those collections as they see fit and share them with others.”

Evans believes that in a lot of marketplaces, customers find things they like, but there’s no wish list or other place to hold and organize their picks, so they add the items to the shopping cart.

With AI-driven recommendations, consumers have the ability to build their own shops and share their favorites from there. Evans said to think of shops as playlists for music.

Brandon Holley, a Condé Nast veteran and fashion tech entrepreneur, who is Shoptrue’s Chief Fashion Officer, built Everywear, a software platform dedicated to better style inspiration, which has been incorporated into Shoptrue.

“One of the ways that we’re addressing women who just want to be inspired, women who don’t want to go in and do a lot of work, is editorial coverage, which we launched immediately.

“We have this area called the inspiration, where you can see a shop that will show you how to look like a French woman at the [runway] shows. We create the shop. She doesn’t always have to create the shops.

“But it could be that one of her friends is also a luxury shopper and enjoys creating shops and can create shops for her friend as well,” Holley added. “Some people want to do that. If you look at Pinterest, I think a very small number of users are pinners, but there are a lot of people who love to pin, so you’re creating a lot of content.

“My team can only create so much,” Holley added. “We want to widen that and make that tent a lot bigger and allow everyone to create content, which is surfacing. So if you’re a luxury shopper and we’re surfacing luxury shops that not just my team has made, but influencers, stylists your gal on the street have made, you now have a different view of e-commerce than if you went to an e-commerce platform and started searching.

“Anybody’s shop has the potential to set off a chain reaction of fashion inspiration that can surprise and delight you from any direction,” Holley said.

“One of the differences in what we’re trying to do is change shopping from a single-player game to a multi-player game,” Evans said. “What’s fun and different about that is, I think there’s some real limitations in top-down recommendations where it’s like the all-knowing machines try to be overly prescriptive in what you do and don’t like, and it usually falls flat.

“That approach also removes the user from the process,” Evans added. “And when the user is out of the process, shopping is no longer fun because it’s that rush of discovery that I think provides the serotonin that makes shopping fun.” 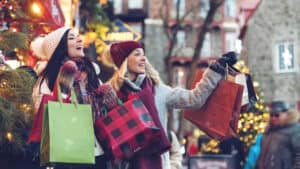 Discounts at the top of shoppers wish lists this holiday season 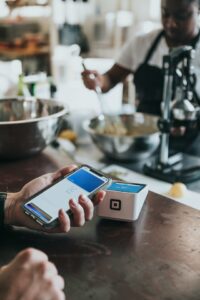 Envisioning the futures of retail banking 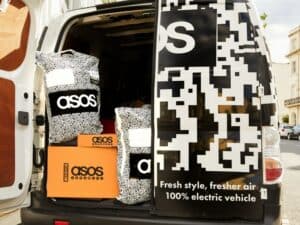